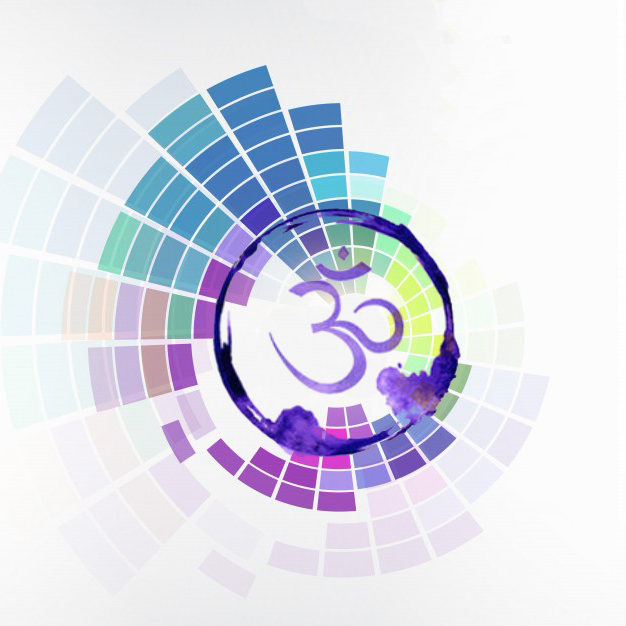 Welcome! Here begins my adventure. This blog is done mainly to publish inspirational articles about eastern culture and to share tricks and tips to upgrade the techniques of painters who aspire to get a little more near to the classical masterpieces or just for experimenting and have fun, or to admire the know-how of classical painters of the past. I used some of these recipes to create beautiful effects, so i guess it is worth sharing with everybody.

Everything comes directly from an old Art Manual published in Italy at the beginning of the previous Century; I received this old book from an old decorator/carpenter but an artist too, who kept it safely from his father's time. Nobody has something similar in the Fine Arts Academy, and even professors don't know many of the things revealed there... The italian language of this book is very old fashioned and I will try my best to translate it into english and hope to get all the definitions and the artistic recipes correctly. Thanks for reading! Hope you will enjoy.

I will also try to share my experiments with modern materials and contemporary new way to creat art.

PS: If you can read Italian I will publish the original text below the English one! Thanks for reading...

Colors should be chosen only between the fixed ones (ie between those colors considered solid because they are not changing after exposure to sun and air) and limiting the colors to those strictly necessary. At this regard we recall that one of the main factors contributing to the preservation of antique paintings is the limited number of colors used in those times.

Below is a list of colors that can be safely used  in the oil painting:

Browns: ocher and other light and dark ocher

There are two colors, the primary and the secondary, which mixed together form a neutral shade.

All the colors we observe determine in our visual sensitivity, a complex of phenomena that you need to know. The main of these phenomena are given by the so-called subsequent contrast and simultaneous contrast.

Subsequent Contrast - This is the phenomenon produced by colors seen subsequently, If we stare a red disk intensely and then look at a white paper, we will see a green disk (complementary to red) appear on the paper. Conversely, staring at a green disk we will then see red. If the disk was blue we would see an orange image, and if it was yellow it would look like a purple disk.

Simultaneous Contrast – This definition is the effect produced by colors observed at the same time, simultaneously. For example: a strip or a gray paper disk over a colored red background, will appear as the complementary color of the background (green). If the bottom rather than red was green, the disk would look red-violet.

From the examples described above, the eye, looking at a color, tends to see its complementary color and in the case of two colors seen at the same time, the complementary of one color modifies the color of the other. The contrast between colors is more evident as much greater the depth of the background is.

Of the various phenomena of contrasts is mentioned in the famous Treaty of Painting of Leonardo da Vinci, in which he said:

"Of the colors of equal perfection, the one that will show greater excellence is the one seen in the company of the opposite color, pale with red, black with white, blue and yellow, green and red, because each color is best known in its opposite rather that in its similar one, as in the clear, the clear in the dark.

Let's summarize the most important observations on these phenomena:

1) the complementary colors make each other more brilliant, such as red and green, yellow and purple, blue and orange

2) Colors that are similar tint get a dirty and less intense appearance. Practically you should never paint fabrics of the same color as these will appear dirty. Instead, you have to alternate each color with its complementary or a color to this very close.

Nature offers beautiful colors in the beautiful sunset scenery. So when the clouds get very red, the sky appears almost green. When then the sky assumes a greenish yellow color, the distant mountains appear violet and the contrast is reflected in the nearest volumes like the furrows of a field and the shadows of trees that will appear blue or violet.

One of the most common contrast effects and among the first ones observed was the color that shadows in white bodies (like the snow) during sunset. The brighter parts take a red coloring and the shadows tinge of complementary color, ie dark blue and greenish blue.

Effects of contrast between bodies and shadows

In general, all the shadows tinge with the complementary color of the body to which they belong, especially if they are small and in sharp contrast to the illuminated parts.

For this fundamental and scientific phenomenon, great painters such as Titian, Paolo Veronese, Rubens, have masterly been able to infuse shadows with all the necessary transparency as opposed to the brightness of the illuminated parts.

Painted shadows with the complementary color of remote illuminated parts by addition can result in the blending of the two colors and make the painting brighter.

An example of this phenomenon is found in the central dome of the library in the Luxembourg Palace in Paris, relatively obscure. In it, Delacroix, a famous French painter, was able to obtain nudes of a brightness and delicacy that could be admired only by means of certain shots of painted green appropriately positioned in the dark.

Importance of contrasts in painting

To know the contrasts between colors is of great practical importance for a painter. We can then find:

1) If we look at a colored object for a given period of time the eye acquires the tendency to see its complementary color (subsequient contrast).

For example, if one is to paint an intense tone of fabric or cloth, the eye will observe that red for a long time, as a result he will see the green color that blending with red will change it, and the painter will struggle to unnecessarily copy the exact reproduction that we can only find resting the eye by suspending the work and the vision of that red fabric.

You should never look too long at one or more colors if we do not want them to appear distorted and altered. It is for this phenomenon that after long working on a painting, the artist remains often unsatisfied with his colors, but returning to his easel with a fresh eye, he will be surprised by the purity of the colors that had previously seemed dirty and blurred.

2) If we look at two colored objects at the same time, each of them does not appear by its particular color but by its special color derived from the complementary color of the other object (simultaneous contrast).

Regarding this contrast phenomenon, for example: if we have to paint a red cloth leaning on a blue cloth, due to their contrast, the red will look like orange and the blue, because of the red, will look blue-greenish. Knowing these visual variations, it is enough to reproduce the red and blue cloth in their exact colors as they are, without altering them, leaving the phenomenon itself reproducing in the painting.

"What is the orange-red seen in a room of mediocre brightness, compared to the intensity and brilliance of the sunsets? What is the purest white in front of that on a sunlit surface? Yet we must be able to represent a sunset, to portray a caravan in the desert under the rays of the burning sun, with the bedouins wearing a white mantle. It remains to objectively reproduce the subjective phenomena of the eye itself; this will make us believe in a coloring power that does not really exist and will serve to mask, at least partially, the inferiority of our imitation. ''

I colori nella pittura a olio